Hi there! We’re the team behind eCommeleon. Scroll down to find out more about who we are, where we come from and what makes us tick.

Our software solutions began life as internal tools at a marketplace agency and were specifically built to help our team deal with the complexities of marketplaces whilst remaining flexible enough to handle the needs of online retailers and brands of all shapes and sizes. 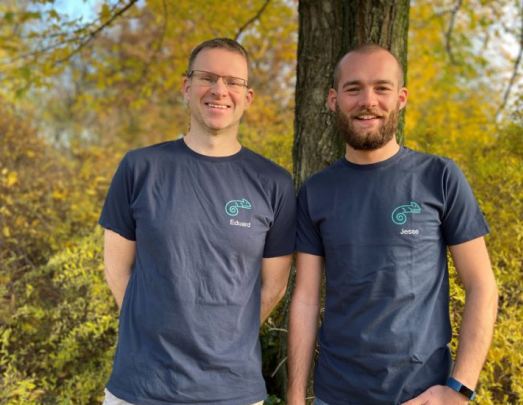 How It All Started

eCommeleon was founded by Dr Eduard Gerritsen and Jesse Wragg. Eduard, who has been working with marketplaces since 2007, also co-founded InterCultural Elements, one of the world’s first agencies specialised in helping online retailers expand to international marketplaces.

Located in beautiful Leipzig, we couldn’t have chosen a better home for eCommeleon. Situated at the crossroads of Via Regia and Via Imperii, two of ancient Europe’s busiest merchant routes, the city was an international trade hub long before commerce earned it’s ‘e’.

We’re in good company here, too. Leipzig was once home to the likes of Mendelssohn, Goethe, Nietzsche, Wagner, and Bach. In more recent times, the city has welcomed DHL’s European hub, major offices for BMW, Porsche, and Siemens, and a thriving startup scene.

Many sellers find themselves becoming over-reliant on Amazon, unable to easily diversify their business and constantly in fear of an account suspension and the consequential loss of turnover. Other sellers discount "marketplaces" in general because they associate this with Amazon alone and don't realise the potential offered by other marketplaces.

Equally, new marketplaces around the world often struggle to convince online sellers to give their new channel a try because of the work involved with onboarding to a new marketplace.

We believe in creating an equal playing field for the marketplace industry and have created a range of tools for both sellers and marketplaces, to remove the barriers involved with expanding into new sales channels; enabling eCommerce success for anyone.

We understand that for many businesses, selling on Amazon is a necessary evil, but this shouldn't be the end of the marketplace journey.

We Are Looking Forward to Working With Your Team

Still wondering why you should trust eCommeleon with your marketplace business?

Our team have been working with marketplaces since 2007, so it's safe to say we know our way around the block.

We Know Your Struggle

Built For Your Business

We've used most major eCommerce tech ourselves so were well placed to build future-proof marketplace technology.

We believe in marketplace diversity, and can help you find and succeed on the right marketplaces for your business.

Want to Give eCommeleon a Go?